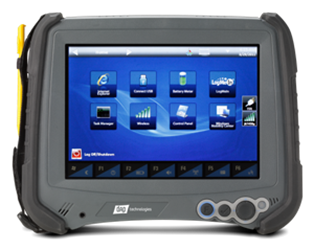 “The Year of the Tablet” was officially launched at the Consumer Electronics Show in January 2011, when Toshiba, Samsung, HP, Motorola, Dell, Panasonic and many other companies unveiled products they hoped would unseat the Apple iPad as the tablet category leader.

Spurred by Apple’s success in the consumer market, the tablet market has shown explosive growth. Analyst Gene Munster of Piper Jaffray estimates that Apple alone sold roughly 14.5 million iPads in 2010, with another one million sold by competitors. According to Sarah Rotman Epps at Forrester Research, 82 million Americans will be using tablets by 2015.

To explain their new-found popularity, tablet enthusiasts point to the ease of use that comes with a large touchscreen display and the now ubiquitous wireless networks that enable tablet users to seamlessly communicate and exchange information both locally and across the Web.

Yet, long before Steve Jobs conceived of the iPad, tablets had achieved secure footing in many industries, including transportation and logistics, field service, and warehouse management. As one of the first companies to introduce a rugged tablet computer in 2002, we at DAP Technologies have a unique perspective on the tablet market. Since the introduction of the DAP Microflex tablet almost a decade ago, we’ve continued to lead the industry in tablet design innovations, most recently with the March 2011 release of our latest rugged tablet model, the M9010.

Not yet a member of RFID Solutions Online? Register today.