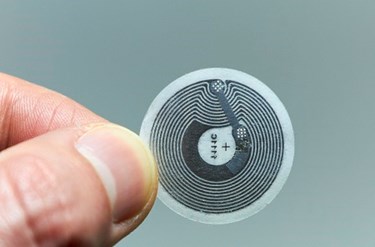 At Vermont’s Fletcher Allen Health Care – now the University of Vermont Medical Center – maintaining medications for a more than 500-bed hospital was a difficult task. Manual processing of medication trays required a pharmacy technician to pick up every medication to determine what is missing, what needs to be restocked, and if any items are nearing expiration.

According to mHealth News, pharmacy director Karen McBride saw a demonstration of RFID technology created to do the same job at the Midyear Clinical Meeting of the American Society of Health-System Pharmacists. With Kit Check, the technology Fletcher Allen chose, the manual checks are now performed automatically in about five seconds.

An infographic from Kit Check explains that RFID pharmacy technology eliminated more than 10 million manual checks in 2013 alone, saving more than 25,000 pharmacist hours and over 31,000 pharmacy tech hours at the same time. This type of technology eliminated 6,644 errors, from 1 in 20 manually restocked kits having an error to just 1 in 4,000 RFID restocked kits having an error.

Since May, Fletcher Allen Hospital has restocked nearly 130,000 medications over 10,000 times from 766 pharmacy trays and kits, saving 14 hours per day in pharmacy tech and pharmacist time. “We switched out code carts and since then we've seen these kinds of numbers,” said Lisa Jackman, manager of the pharmacy tech support staff. “The technology greatly reduces the human error factor and improves patient safety,” he said. “Those were the main reasons we made the change.”