How To Integrate Bug Fixes Into Native Mobile App After Release? 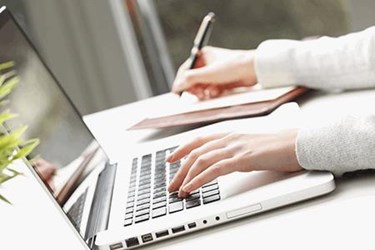 Talking about mobile applications, they are the most amazing gifts technology experts have introduced. The growing number of mobile devices has led to need for quality mobile apps. This brings in the need for mobile app testing companies, that ensure mobile apps are efficient and perform accurately. Whether it is a web, mobile or desktop application, it cannot e successful until it has popular features that users expect from it. Fixing all bugs in all apps is not as easy task. It usually costs a great deal when it comes to integrating bug fixes into mobile apps after they are released.

Mobile app testers run extensive testing procedures on native mobile app before the development phase, which is helpful in minimizing the need for hotfixes. Testers also share the app with beta or external testers for feedback and then implement changes that make it more efficient and remove the glitches. However, we are aware that real issues appear on real users’ mobile devices which need to be taken in consideration for improvement.

How to Analyze the Severity of a Bug?

Development teams need to assess and analyze the severity of a bug in the mobile app. This can be done by discussing features of the app with its major stakeholders. These discussions can be helpful for testers and they can take better decision. These questions include:

Once the development teams have figured out the answers to the above questions, they work on updating their current software development approach. They identify the root cause of the issue, fix it and cover the problem with automated tests. Once development is complete, software tester verifies the bugs that have been fixed. Moreover, regression testing needs to be performed again in order to fix the additional issues with the application. and then the whole test automation suite needs to be executed with positive results.

by the end of this stage, a proper workflow is designed for the development teams so that they can assess whether a bug needs to be fixed immediately or not. Each team members have a pre-defined task, which is essential to handle the situation. These assigned tasks are important to sort the critical and non-critical bugs in the system. The right balance between hotfix and upcoming product release is important to fix a mobile bug, because it is not a cheap or easy task. Testers keep in mind all the development and testing costs, that also require time and efforts. Thus, the need for integrated bug fixes in an already released native app is analyzed from all aspects and then the final decision is made.

Ray Parker is a senior marketing consultant with a knack for writing about the latest news in tech, quality assurance, software development and travel. With a decade of experience working in the tech industry, Ray now dabbles out of his New York office.