A Short Guide To Functional Testing 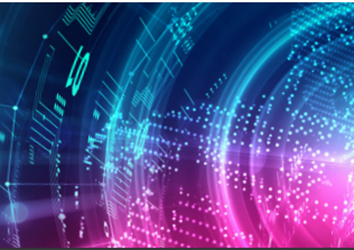 Just as its name suggests, functional testing is all about verifying that each function of the software app operates in accordance with the requirements. It is also known as the black box testing but it is nothing related to the source code of the application. Functional testing supports both manual and automation testing. It focuses on customer requirements and specifications and delivers high-quality products that meet customer expectations too. It ensures delivering software products free from any defects, to an extent that is practically possible.

How does functional testing work?

Well, it is quite interesting to find out about software testing, because they support the software development process. A functional testing company has testing experts that ensure rigorous testing for the best results. It is a type of testing where the functionality of the software app needs to be tested which includes all functionalities, usability testing, etc. It is then for the testers to create input data to test functionality as per the specifications. Then, the output is determined to be tested according to these requirements. Functional testers then prepare test cases that need to be executed. Finally, they also compare the output after test execution and expected output so as to find if the app is performing as it is expected to. With the help of functional testing, testers check the following:

Unit Testing - Developers perform unit testing to check the different code units that could be related or unrelated to achieve certain functions in an app. Code coverage is a crucial part of unit testing where test cases need to exist to cover line coverage, code path coverage, etc.

Smoke Testing - Testers perform smoke testing after each build is released to test in order to ensure its stability. It is also known as build verification testing.

Integration Testing - When an app needs to work with various modules, and they work perfectly fine alone, but when performed togetherto achieve end-to-end testing results, integration testing is carried out.

Regression Testing - It is a type of functional testing where testers ensure that adding new code, updates or bug fixes will not affect the existing functionality or cause any issue in the system. It is carried out to ensure all the functions are performed according to the specifications.

Functional testing is one of the most essential testing types that cannot be ignored or left out. It is important to look for a reliable functional testing company so that organizations can achieve their goals, increase business review and build a strong brand image.

Ray Parker is a senior marketing consultant with a knack for writing about the latest news in tech, quality assurance, software development and testing. With a decade of experience working in the tech industry, Ray now dabbles out of his New York office.